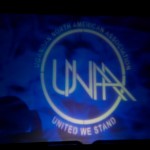 I don’t know how this one missed our radar, but good thing we found it in time. The Uganda North American Association is hosting it’s 20th annual convention in Orlando, Florida. Congrats on everyone who registered early because the late registration is in full force and they are hitting you where it hurts. Be prepared to part with $240 for registration per person between now and August, 15th. You may call it “Uganda meets American free enterprise”, but it’s a small price to pay to hear Uganda Investment Authority’s (UIA) Dr Maggie Kigozi and BOU’s Mr. Stephen Kaboyo, as well as some UG Diaspora luminaries give their presentations. Apparently the opening reception will be emceed by a “celebrated Ugandan Journalist” – you don’t say! Well, at least that would be my guess.

So if you still have a few dollars hidden under your mattress from closing your bank accounts, are a member of the Ugandan Diaspora, you have nothing to do this weekend, hit the registration link and make it “do what it do, baby!”

PD will try to live blog the event as much as we can for those that won’t be able to make it. We are new at this live-blogging thing, so bear with us. Let’s hope this one goes better than that last one.

Am a Ugandan male in Steamboat springs Co. USA. how do is join the association?

Together we stand, divided we fall, it would be more constructive if U N A A could form branches in Europe so that those Ugandans there and here in the U S A put thier heads together for a better Uganda. So much can accomplished in developing our Uganda at large. Solute the founder and the all those that put in time to serve others . For God and my country.
Judith Namagembe.

Seeking to establish contact with the UNAA Executive members.
Am Godfrey Ssali, the new Secretary General of KACITA, Kampala City Traders Asscociation an unbrella organisation linking small, medium & large scale traders & investors in Uganda.
Cell: +256-702-940 910 Email: ssalikg@yahoo.com
Please help me establish contact with them if you can for the good of linking local & international investors.

We will forward your request on to the appropriate individuals. Hopefully they will contact you.

I like this kind of organization reason being that it shows me that black Americans are also strong enough & brave to organize an international convention & it becomes a success & it reflects the determination of African Americans towards unity with other people regardless of race.So,it is a good idea & i like that,keep it up to the organizers.