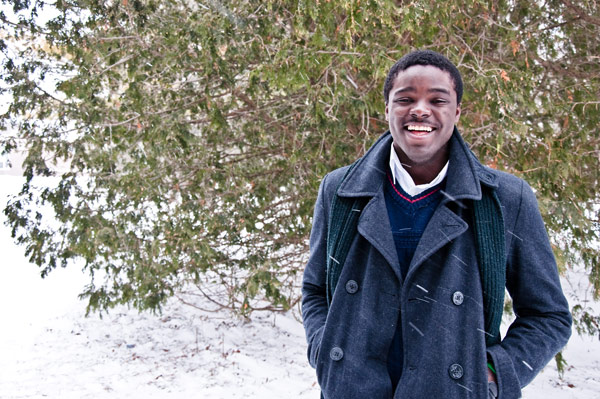 Although I have not been around that long, it seems like the debate over foreign aid has been at the centre of discussions about international development. Amidst this brouhaha about whether or not foriegn aid is good for development, I seek to raise a different question, is aid is central to development?

I think not. At least not in its current state.

This is particularly surprising because given my background, I should be heads over heels in love with aid.

I am one of aid’s children.

I attended Loyola Jesuit College, a Jesuit high school in Nigeria that was funded by the USAID and the New York Diocese of the Catholic Church. Judging mostly from my present circumstances, it clearly hasn’t done the worst job of providing for Nigerians like me, education and oppurtunity.

But then here is the point where the tingly feeling of anecdotal evidence must bow to the cold and hard facts.

Aid has not contributed enormously to economic growth, especially in Africa.

Even by the freindliest estimates, aid’s dissappointing impact has meant that it will take aid worth 10% of a country’s gross domestic product (GDP) to raise economic growth by 1% per year on average. To put that in context, this means it will take it will take another another $814 billion worth of aid over 55 years for sub Saharan Africa to grow to the 7% it needs to fulfill its millennium development goals.

I doubt these are the kind of results today’s many development experts would consider to be performance worthy of their time, resources and efforts.

More interestingly, it makes me wonder, why is aid still at the center of the development discourse? Especially when it must resort to petty aid/no aid binary arguments to make its point.

Allow me to venture one answer I have borrowed from respected academic, Alex De Waal, “aid is essentially, a western, Anglo-Saxon model of charitable endeavor that is being imposed on the rest of the world” . The truth is that because aid remains the west’s logical response to development, the entire discussion surrounding it is really not about what it contributes to actual development that it is about the fact that the west simply wishes to contribute to development in some manner, whether or not it is helpful.

It was not till I had sat through my first series of International Development classes that I realized this.

That class, filled with young, blue eyed Canadians looking to “change the world”, it seemed to me, was the wrong context for discussing any country’s international development. Indeed, there is no how, a classroom of 100 Canadian youngsters learning of foreign places into which they would be air dropped in their last year for a credit or two could be a more effective tool for development than the 6.2 million young people currently studying at sub par higher institutions across Africa.

But does this all matter to aid? Well, no.

Through that semester, as I listened to my teacher’s exaltations of micro-credit, negligent of the destruction high interest rates had caused it to wrought or idealistically championing of “cheap” agricultural technologies whose prices move quickly out of the farmer’s reach once the “resourceful” NGO’s grants and subsidies end, I became more convinced of the fact that international development has become all about how kind westerners could help poor countries whether or not in fact they actually can.

I call it, the “aid and development industrial complex”. It’s business? Manufacturing problems in the developing world that the developed world can feel good about “solving”.

Now do not get me wrong. I will be the first to admit that there remain certain cases where without such good natured generosity, whole peoples would have died and countless futures would not shine so bright. However, the west cannot in good conscience place its need for the self gratitude that comes from unsustaibable giving ahead of the interests of the developing world.

If aid must remain relevant to development, it must stop being so self-absorbed in all its imagined importance and listen more. More importantly, it should increase the capacity of their African counterparts to identify and solve their own problems. The current system where African higher education receives little or no support while universities in the west launch multi-million dollar “Development Research Centres” they don’t need is not only clearly unsustainable, but highly self serving.  It pushes an imperialistic mindset that allows western institutions to serve as command centres for Africa’s economic and political systems without the proper context and it leaches Africa’s best academic minds, leaving young Africans not fortunate enough to afford an expensive international education largely clueless and underesourced with respect to international development issues in their own countries.

I hope the field answers this question honestly. So that when I must obtain from a reputable university, my masters degree in International Development, there will be reason enough for me to be resident in Nairobi,  not New York.

Iyinoluwa “E” Aboyeji is a nineteen year old Nigerian junior at the University of Waterloo, Ontario, Canada. Born and raised in Nigeria, he left his home in the Niger Delta to pursue an education abroad at age sixteen. Mr Aboyeji has worked with a number of local and international organisations most notably the World Youth Alliance, an international youth advocacy organisation with a permanent presence at the United Nations. He is currently the President of Imprint Publications, one of Canada’s largest student Newspapers where he also writes a weekly column called “E is for Error”. He also serves as Vice President (Projects) of the African Students Association at the University of Waterloo and Fundraising Manager of Harambe Africa. He is very interested in international development, economics, post secondary education and African political and philosophical issues. Unlike most other young people his age, this nerdy dude likely lacks sleep – and ofcourse, a normal life. Unreasonable as it may seem, his dream is to be a tenured professor at a reputable university before he is age twenty-five. (Photo by: Jonathan Menon)

of course, International Development should teach Africans to solve their own problems…great insight!

You are asking the right questions…

Excellent article. It refreshing to know that such an articulate young Nigerian is actively engaged in the future of the continent and helping to deconstruct the misguided stereotypes of Africa. Keep up the great work!

Wow!!! One of the best articles I have ever read on Aid..simple yet Effective..covers all the angles..

Next post: Kids of Kireka: Time to Get Back to School!