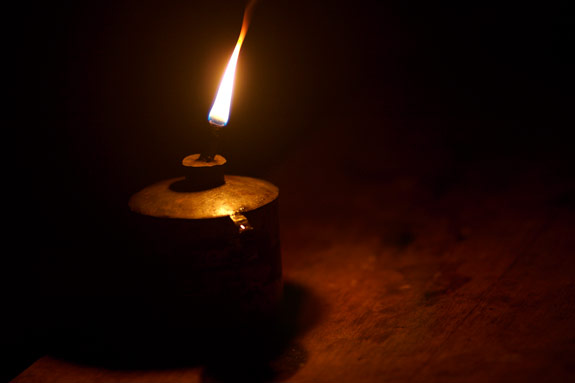 For a long time, Uganda’s value has been associated with its physical, tangible assets. This includes its natural resources, hospitable environment and cash crops such as coffee. In economic terms, the value proposition is shifting all around Uganda and the time is now to realize that the value attached to coffee and fruits is fast shifting to the knowledge possessed on how to grow these same things faster. Intellectual capital and intellectual property laws, the tools of protecting this capital are a key concern for today and the future of Uganda.

Broadly speaking, intellectual property law in Uganda is known to accommodate the laws that protect brands and the identifiers of value in businesses. These could be names, symbols, logos, slogans or a combination of these. It also covers Patent laws. Patents protect technical innovations for things like new methods of making medicine or even apparently simple inventions like modifications to a padlock. The third major area covered by IP law in Uganda is the law of copyright, which provides protection to those whose creative effort is reflected in music, books, artistic works, dramatic works and similar works. There are other less well known but equally important areas such as industrial designs, geographical indications, trade secrets and plant varieties that are included among the important areas of Intellectual property. However, although Uganda acknowledges their importance, some of them have not yet been specifically passed into legislation in this country.

Where do we stand in terms of intellectual property education in this country? IP has traditionally been the preserve of lawyers. As such, the subject was until the late 1990s only taught as part of the Post graduate Bar course at the Law Development Center in Kampala. During the intensive one year course, IP is taught in the course of two days. With the need to modernize legal education, Makerere University introduced the subject in the late 1990s and it was subsequently introduced on the Uganda Christian University Law school program, when that university started in 1997. Currently, the subject is taught as part of the LLB (Bachelor of Laws degree) with varying degrees of content in 6 universities. These are Makerere University, Uganda Matyrs University, UCU Mukono, Kampala International University and the Islamic University of Uganda in Mbale. It is apparent that all of these Universities only teach intellectual property law as a substantive subject to law students, leaving other disciplines with hardly any significant content in this regard.

Leaving the formal educational system, a number of Government institutions have now recognized the need to increase awareness of the value of IP in Uganda beyond the University setting. Key among these are the Uganda Registration Services Bureau (URSB), the Uganda National Council for science and Technology (UNCST), the Ministry of Trade Tourism and Industry and Makerere University.  This realization is critical and timely and I will share a few reasons in support of this position.

First of all, as Uganda becomes more integrated in the Global economy, its economy becomes even more vulnerable unless it becomes more innovative and competitive in its key industries. Many policy makers have recognized the vulnerability of holding on to the past ancient advantages of the cash crop-commodity era. This is because tea, sugar and coffee prices are subject to numerous trade barriers at the best of times, while newer products like vanilla have to compete with artificial flavors, thanks to modern science and technology. For this reason, scientists, artists and business people small and large need to appreciate the notion of intellectual property and what advantage it gives them in this new era of international trade.

The second reason that has compelled some of these organizations to rethink the intellectual property education processes is the intrusiveness of the internet.  The internet is recognized worldwide as being the most disruptive technology of the past century, almost in the same measure that mobile telephony was to Africa in the 1990s. It provides huge opportunities for learning as well as trading and commerce. Small and medium businesses in Uganda have latched on to electronic commerce as a sensible imperative of cutting out middle men in Kampala, and Nairobi, thereby saving themselves a lot of money and making more profits. More importantly in the context of intellectual property, cultural goods such as music now constitute a significant value of Uganda’s invisible exports. The Ministry of trade, tourism and industry, as well as other partner institutions have realized that enhancing artists and other actors in the creative industries sector will in turn lead to an increase in service sector exports.

Thirdly, Uganda as a least developed country that signed up to the World Trade Organization’s TRIPS agreement is bound to implement and enforce IP laws. Whereas Uganda has some flexibilities it enjoys until the year 2016 with respect to Pharmaceutical Patents, there is tremendous pressure from developed countries for it to comply in other areas. One of the key areas of concern in this regard is the area of trademarks and enforcement of stringent anti counterfeit legislation. Whereas most Ugandans appreciate the importance of stringent laws against counterfeit products, which include pharmaceuticals, there is a worry that the scope of the law may be so wide as to prevent generic medicines into the country under the guise that they are counterfeits. This is an area that requires the line ministry of Trade as well as that of Health to deploy significant resources in terms of sensitization and public awareness for the public to appreciate the purpose and imperatives of the law. If this does not happen, Uganda’s Anti counterfeit legislation is likely to face significant implementation challenges.

Lastly, IP education has become more important as learning in the online environment becomes more prominent. In the past, most teaching materials were in the form of physical text books. Due to war and the decline in local publishing, fewer local authors are on the approved list of published works for use in the public education system. Universities have come to appreciate that in order for their students to make use of the wide repertoire of works available on the internet; they have to navigate through the various copyright permissions necessary for them to access online resources. With the availability of better and faster internet access, there is increasingly the view that Universities churning out thousands of IT professionals should also focus on developing local content. This should have the effect of creating a greater appetite for online resources as well as local solutions. The challenge here is that the creators of this content will expect some form of compensation, as availed under copyright regimes that users are not yet aware of, or prepared to pay for. In light of this growing awareness, Makerere University passed its Intellectual Property policy in 2009 to assist its staff and students in determining how to assess, appropriate and distribute benefits from intellectual property.

Beyond the existing plans lie huge institutional minefields to overcome. The basic concepts of intellectual property and its application at an enterprise level and benefits at the macro level are yet to be understood by public officials. This could significantly delay or even derail any efforts in the direction of curriculum review or even public sensitization. It therefore means that all public and private organizations and companies should join hands and work together to enhance understanding on a subject that could potentially lift many from poverty as well as have a positive impact on the country’s export earnings.

On the other hand, it is high time developed countries and their multinationals that reap the most from Uganda’s consumption of their commodities give direct support to Intellectual property education drives, as opposed to crying foul when counterfeit products are found littering the streets of Kampala. This must go beyond workshop style education to practical support on how to use the intellectual property system ie through the transfer of know how to enterprises and supporting the establishment of a national innovation support system. Hopefully this is a formula that will leave everyone in a better position to exploit their creativity and entrepreneurship to the benefit of businesses and the country at large.