Britain’s Brainiest Family is Black and Has 9-Year-Old High School-Bound Twins — what a catchy title for a compelling story about the British-based offspring of Nigerian immigrants — Chris and Ann Imafidon — blessed with what is seen as extraordinary brains.  I discovered this and another related compelling article, during my routine search for blog post content and was quite inspired, given that the last time I had conducted such a search, I had come across many dis-empowering images of Africa and its people, sparking my piece entitled: Rebranding Africa: Let’s Simply Start by Connecting the Dots for a Kid in Podunk! The basic premise of that piece was that Africans and those in the diaspora need to work towards helping shape a full picture of who we are — beyond images of “primitive” and helpless people — through the sharing of the plethora of existing success stories of those in the diaspora who are making their marks on their respective spheres and who consequently serve as ambassadors for a more inclusive dialogue about the African continent. 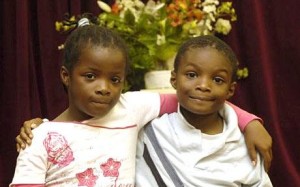 One of the compelling articles I cite above, penned by Jack Malvern in The UK Times on March 1, 2010, characterizes the Imafidon children as prodigies, including the main subjects of the piece, Paula and Peter, who at the time of its printing, the author noted as nine-year-old “Wonder Twins” bound for high school.  This family included the oldest sibling, Anne-Marie — at the time 20 — and who at the time held “the world record for being  the youngest girl to pass A-level computing, at 13,” while at the same age, she won a British government scholarship to pursue undergraduate studies at the prestigious Johns Hopkins University in the United States; the next sibling, Christiana (who at the time of the article was 17), at the age of 11, became the youngest student to pursue an undergraduate education in any British University; and Samantha (at the time 12), who at the age of six, passed two rigorous high school–level mathematics and statistics exams, and whose feat was further emulated by her “Wonder Twin” siblings, Paula and Peter.

While I sincerely applaud Mr. Malvern and other journalists who  took it upon themselves to spotlight the Imafidon children, the undertones I read are that the family members are a collective anomaly – a notion which their father dispelled in an interview with Black Voices’ blogger, Ruth Manuel-Logan, in which he attributed their success not to any innate super powers, but simply to an Excellence in Education program for disadvantaged inner-city youth, in which they had all participated and as I inferred – active parenting and great genes.  He  stated further that “Every child is a genius…Once you identify the talent of a child and put them in the environment that will nurture that talent, then the sky is the limit,”  citing examples such as Tiger Woods and the Williams sisters, whose talents he believes were also nurtured.

Given the aforementioned and many other examples I have personally witnessed of highly intelligent and accomplished Africans, achieving great success in all spheres around the world (some of whom I included in my earlier cited piece) — I wonder why Africans still accept to be depicted as” (1) people who are seemingly too inept to effectively participate in their own development, (2) have low levels of education attainment, (3) need to be constantly saved by others, and (3) presumably have contributed nothing to this world, beyond breeding too many children who drain the globe’s resources.  The overwhelming majority of images I see in the media about the continent, are those of Africa’s natural resources that are fodder for the picking and its animals and landscape that are the source of enjoyment for tourists.

I was further compelled to write this piece, based on a heart wrenching Twitter message I received in response to my earlier cited piece on the need to re-brand Africa from the nonprofit group Youth Advocacy Network (YAN), which teaches kids in Buea, Cameroon, about video production, social media and computer literacy, as a means to share their stories with the world.   The message was: “Our students researched Africa & the flood of neg stats/media was hard to take in. Esp 4 kids using the web for the 1st time…” – which I interpreted as: their children were negatively affected by the negative images they found in the search results for Africa, most likely because the images failed to reflect the reality they see on a daily basis and the aspirations they each have.  It is for them, and other future leaders of the African continent and other parts of the world, that I plead that we seriously consider changing the image of Africa.  I fear that if we fail to provide an inclusive depiction of Africa, we fail those current and future generations that could potentially benefit fully from all that Africa has to offer.

For a more balanced picture, I refer to my own personal experiences.  In the early 1990’s, I was fortunate to meet a young Cameroonian, Dr. Acha Leke (a native francophone), while he was an undergraduate electrical engineering student at Georgia Institute of Technology in the United States — from which he eventually graduated at the age of 21 as its first black valedictorian — enrolled in a five-year program from which other would have graduated at the age of 23.  He eventually went on to obtain his PhD in Electrical Engineering from Stanford University; became a partner at the prestigious management consulting firm, McKinsey and Company; was named a Young Global Leader by the World Economic Forum; and in his very valuable spare time, co-founded the inpiring African Leadership Academy – an institution aimed at developing the next generation of ethical and well-trained African leaders. 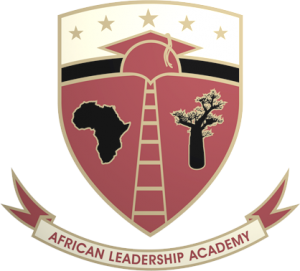 Dr. Leke is but one of many highly intelligent and committed Africans I have been privileged to meet along my journey.  Other examples include the visionary students with whom I had an opportunity to work during the early 1990’s, as a volunteer publicist for the Massachusetts Institute of Technology-based, African Technology Forum (ATF) — a journal chronicling scientific and technological advances within and without Africa — furthering the continent’s development.  Most of these students had at the time, moved from Africa to attain degrees from top universities in the United States, including:

So given all of the aforementioned, what’s my point?  The “Wonder Twins” and their siblings are not an anomaly — they are but examples (as stated by their own father) of what dedicated parenting, focus, and enrichment programs aimed at developing youth…can accomplish.

The examples of some of the very intelligent and accomplished Africans I have been blessed to meet along my journey should help to solidify the notion that Africa has highly intelligent people who have made and continue to make contributions worthy of note, on the continent and beyond.  They also are also helping to move the continent toward Africa3.0.

Note: I also recently learned about 15-year-old American teenager, Saheela Ibraheem — born to Nigerian immigrants — admitted into 13 prestigious American universities, from which she has just accepted an offer from Harvard University to pursue studies in neuroscience and neurobiology.

Please feel free to connect with me: About.me || Twitter

not to disparage black people in any way, but this particular family are very far from geniuses. all they do is train their children to pass qualifications with very low grades at a very young age (eg, a GCSE grade E at 10), and then use this to gain publicity for their money – spinning tuition classes in the press. do not believe the hype.

How many 16years failed the exam at the same time? Official figures says over 300,000 students left school the same with a "U" grade. What does that make an "E". Lets not kid ourselves. Passing High school exams while at elementary school is no mean achievement. Lets salute this rare feat.
Now lets hear what the male interviewer said about his Math ability!
Watch this film. http://www.youtube.com/watch?v=d2zcNty-TRI