Zimbabwe: Choke the chicken, then cut it’s head off! 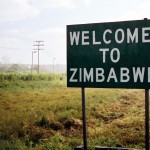 When one is hungry and desires a chicken to eat, it’s logical that one would kill said chicken and eat it. But say one were hungry and possessed half a brain. One would realize that if you borrowed your neighbor’s rooster to mate with your lone chicken, pretty soon you could have eggs Benedict for breakfast, chicken sandwich for lunch and Chicken a la Mode for dinner. But if one were Robert (can we call you ‘Bob’) Mugabe, one would proceed to choke said chicken before cutting it’s head off!

It’s no secret here at PD that we are disappointed in how Bob is running things in Zimbabwe, but this one takes the cake. Ryan Shen-Hoover at Investing in Africa filed this little gem of a financial report. According to the report,

Government of Zimbabwe released plans for the “indigenization” of the country’s publicly owned companies today. If the draft legislation becomes law (which it likely will), the government will disallow mergers and acquisitions that don’t result in majority-ownership by “indigenous” Zimbabweans. In Zimbabwe, the term “indigenous” refers to all races that were discriminated against prior to independence.

Color me surprised and shocked and aghast all in the same breath, but if you are really looking to off an economy, this is exactly what you would do. I mean, why should you allow foreign investment when an entire country can’t find bread on store shelves. This is a great way to maintain your record-breaking runaway inflation.

What’s really sad about this move is that investment in Africa is at an all-time high and growing. This from Barbara Lyayi, Co-Chair for the 2008 Africa Business Conference:

We are witnessing an all time high in economic activities and interest in Africa. Instead of challenges and risks, investors and entrepreneurs are seeing untapped opportunities. Their rationale: the African economy has been growing at levels above 5% and a number of economic reforms have been put in place to improve the business climate. South Africa will be hosting the first ever FIFA World Cup creating avenues for infrastructure and economic development. Funding sources for Africa’s vital infrastructure needs have increased dramatically. Exciting new developments have taken place in Information technology and communication that can revolutionize our industries and change lives.

Given Mugabe’s recent involvement in nose-diving Zimbabwe’s thriving agriculture sector with the infamous botched land reclamations, I doubt any potential investors would feel secure putting their money in Zimbabwe.

Yet another example of why Robert Mugabe is a political blight in Africa’s march towards economic revitalization.

Hello !I would like to buy some alevera off shots to plant here in Ndola-Zambia

The general and presidential elections in Zimbabwe are on the 29th of March 2008, and we hope it will be the end of the diabolic rule of Mugabe.