Who apologizes for the dead? 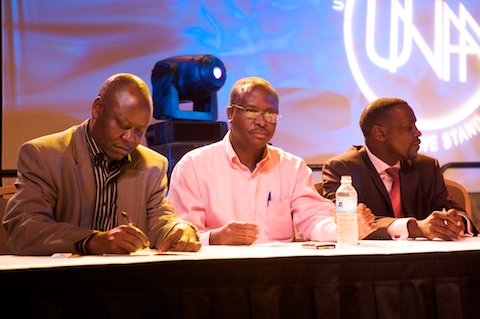 Who speaks for the dead? The sliced, the mangled, the burned and scorched, the disfigured, the future “Miss Landmine”s, the eye-less, the lip-less, the ear-less, the de-virginated, the butt-less, the father-less, the mother-less, and the damned. These are the voice-less of 22 years of war.

Tonight I just witnessed the most saddening event in my life. An “ekimeeza” or town hall-style meeting was held here 20th UNAA for all in attendance to voice their opinions and damnations of the government. There was a panel consisting of various luminaries of the sitting government, retired generals, stake-holders in various opposition parties and members of parliament and media. The issues presented and discussed varied widely in subjective scope, and political pomp and circumstance of finger pointing and blame-gaming. Tempers ebbed and flowed, while noses flared and chests thumped in righteous indignation.

A specific question caught my attention. The moderator presented this question to the panel:

“It took 6 years for the sitting government of Uganda to bring peace to the people of Uganda in 1986, but 22 year to liberate the North of Joseph Kony’s rebels. Why?” 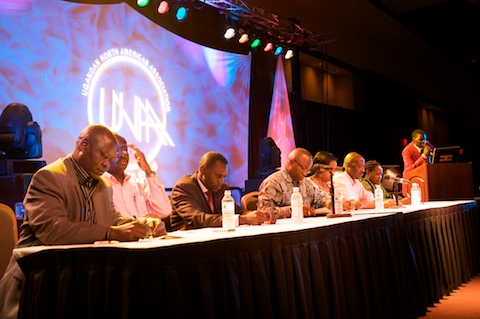 This is where things went wrong. The opposition pointed fingers and echoed, “yes why?” The government blamed other governments, it’s own people, various political dissidents, corruption, greed, politicking, even the victims of the war themselves (as if they asked for the war in the first place). They stopped short of blaming the weather for the death of millions and the annihilation of entire generations of men and women of “the Pearl of Africa.” I can’t appropriately say that I am proud of my government right now. I feel like I’ve been robed of any possibility of a national awaking in my lifetime that will lead to true peace and transformation in Africa.

The government’s best response as to why it took 22 years for a peace deal to be tabled in Northern Uganda hinged on the fact that the NRM had a single mission in 1986 – peace. That after the war, there were a lot of “challenges” that prevented the war from being brought to closure. Challenges like Universal Primary Education, immunization, blah de blah blah blah. Yeah, that was the best reason why the government took 22 years to end the war in the North.

Immunization was more important than saving the lives of millions of it’s own people in the North. Really? How are you going to immunize millions of amputated, disfigured, and burned men, women, and children. How are you going to provide Universal Primary Education to the very child soldiers you are fighting. The only people that paid attention to them were the rebels who taught them how to pull a trigger and swing a machete. They are fighting because they have nothing left to do when their entire families are hacked to death right in front of them. No wonder the war took 22 years.

Who apologizes for the dead? What say you to the disfigured, the mangled, the burned and scorched, the future “Miss Landmine”s, the eye-less, the lip-less, the earless, the de-virginated, the butt-less, the father-less, the mother-less, and the life-less? When do the excuses stop and when do the apologies begin?

We can not truly expect to have peace and move forward as a nation, without first taking a look in the mirror, firmly pointing an accusatory finger and saying, “I am sorry, it was my fault.”

Over the years I have travelled all over Uganda. I have experienced the kindness and hospitality of people in the north and south.

Unfortunately there is great animosity in Uganda between the north and south. It saddens me because I have friends in both places. Those that I have bonded with in friendship are individuals that want to facilitate healing and understanding. The complex situations that have perpetuated the horrific twenty year war have left innocent people in its wake.

Innocent human beings have suffered and deserve an apology. An apology does not imply who is to blame. There are strong feelings about who is responsible for the war. How should Joseph Kony and the LRA be brought to justice? Should Museveni be charged by the ICC for genocide? Are UDPF soldiers responsible for crimes against humanity? These are all questions being debated but should not require definitive answers for healing and the rebuilding process to proceed.

There are deep divisions that have contributed to the animosity and vengeful attitudes. Even divisions in the north among the Acholi have made path to peace difficult. Like the national governments involved in other global conflicts, the goverment of Uganda has also taken a passive role in watching its “opposition” destroy themselves.

Those involved in promoting peace and desiring to end the generational animosity need to find a way forward while maintaining compassion towards those devastated by the war and bloodshed.

However, I am a bit torn as how to interpret it. It’s delicately balanced, albeit awkwardly, between sarcasm and abject apathy towards to the cries of entire Ugandan generation that was hacked to death because Museveni deemed UPE/immunization more important than life itself.

Surely you don’t mean to say that if it was you being chopped to death, you’d expire your last breath with the words “It’s OK, I will sacrifice my limbs, nose, ears and head, so that the president can educate all the good little boys and girls of Uganda. Those are more important than my God-given life and pursuit of happiness..”

Please remember that you can educate an entire population at any age, there’s no time limit for one to attain an education. There is, however, a time limit on your life expectancy when a child soldier sets to separating your body parts with a panga and your family gets lit like a barbecue.

Yes the Government should apologize to the dead, and the living dead of the North. And it should make it a priority to rectify their lack of action. Actions speak louder than words. But in this instance, the lack of action for the better part of 20 years, has left me speechless.

Why should anyone apologize for the dead? Who would the apology be meted out to — the living? Why? If Universal Primary Education, and immunization and peace were are are still worthy causes, why apologize? Surely our children will still require Universal Primary Education, immunization and peace. Not so the people of northern Uganda. Not so. So why would anyone, least of all the government of Uganda apologize for the dead, when they had such lofty goals? If the mission is now accomplished and all Ugandan children have Universal Primary Education, are all immunized against all the terrible diseases that are killing other citizens in other countries and we especially since we all have peace, should the dead, or the miserable living, even consider thinking about an apology? I think that it’s all good as they say. All good.

Next post: 20th UNAA: Image Gallery from Convention is up…